Theatre Gallery. The invention of Farnese

Theatre Gallery. The invention of Farnese

In 1618, a planned journey of Cosimo de’ Medici to Milan should have been the occasion for a stop in Parma so that Ranuccio Farnese could cement relations with Florence and speed up negotiations for the marriage alliance between his eldest son and a Medici princess. In order to impress the Grand Duke, it was decided to construct a wooden theatre in the armoury of the Pilotta complex. The project was entrusted to Giovanni Battista Aleotti, known as l’Argenta, from Ferrara, who had already planned many theatrical structures and machines.

Later, Aleotti was replaced by the Marquis Enzo Bentivoglio, together with Pier Francesco Battistelli and Count Alfonso Pozzo who established the iconographic programme. They completed the project directing numerous painters and artists in stucco plaster work from various Italian cities. There were, thus, groups of craftsmen from Parma including Sisto Badalocchio, from Piacenza, from Bologna headed by Lionello Spada and from Cremona, headed by Giovan Battista Trotti, known as il Malosso.

The construction of a room especially for spectacular events was something out of the ordinary. In fact, the re-discovery of the antique style theatre dated back only to the first decade of the XVI century and had introduced codes which broke completely with medieval habits. It was, indeed, in the re-invention of theatre, which had been limited in previous centuries to sacred representations either in Churches or open urban squares, that a new concept of the relationship between the individual and society, man and God, emerged codifying one of the most original and characteristic forms in modern Europe. 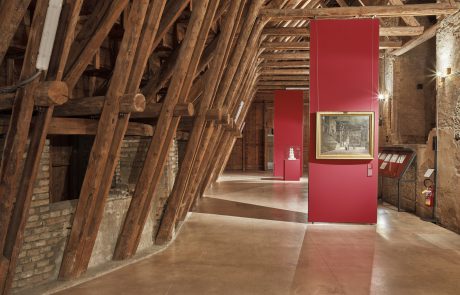 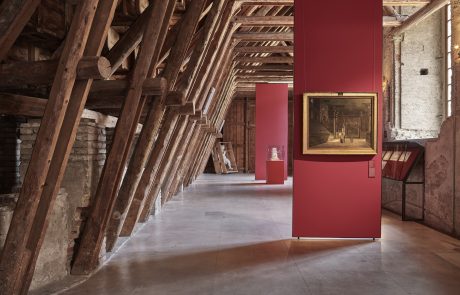