The Farnese Theatre was completed in 1618 for a tournament spectacle planned by Alfonso Pozzo, the Defense of Beauty, destined never to be presented because the planned journey of Cosimo de’ Medici to Milan was cancelled for health reasons. The Theatre was, in fact, inaugurated only ten years later to celebrate the arrival in Parma of Margherita de’ Medici, the young bride of Odoardo Farnese. The planned series of events were entrusted to the skills of the man of letters and director, Marcello Buttigli.

Designed to stupefy with its magnificence, the room was 87 metres long, 32 metres wide and 22 high, far too large in terms of the small Court and because of this used only 9 times, always for significant dynastic moments, the last time in 1732 in honour of Don Carlo of Borbone. The representations put on in the Theatre were all considered to be the culmination of complex propaganda processions which wound their way along the ceremonial entrance route into the city, passing ephemeral scenographic constructions which accompanied the new Duchesses into the city.

Such rituals and had their origin in the renaissance though the inspiration was the ancient triumphal parades and were brought back for the first time in 1536, acting on the idea of the Farnese Pope, Paul III, to honour the journey of Charles V to Rome. These then became fashionable and from Florence, Naples and Milan were diffused throughout Europe, designed for dynastic celebration and for the delectation of both the Court and its subjects. In Parma great heights of splendor and pomp were reached, almost the entrance onto the stage of the great theatre of the baroque aimed at convincing and exalting the political legitimacy of the Duchy. 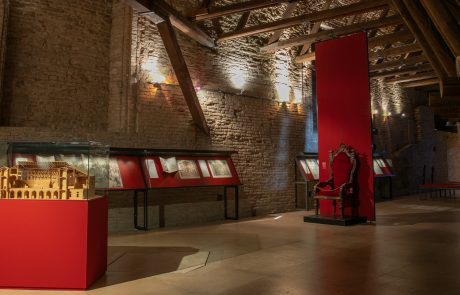 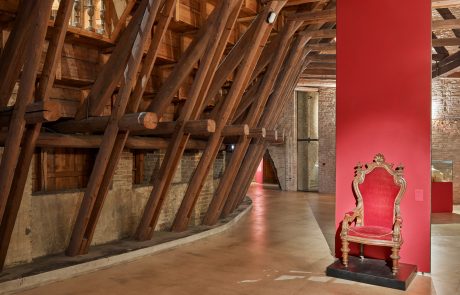