The wide and light filled XIX century halls are divided into three large rooms the first of which serves as an atrium to the Gallery entrance where two rows of neo-classical busts are placed facing each other. Amongst the busts can be seen that of Filippo di Borbone and his daughter Isabella carved by the French sculptor Jean Baptiste Boudard. Continue into the oval room dominated by the two colossal Roman statues of Hercules and Bacchus which came from the Palatine. In the following large space known as the Room of Columns, a collection of paintings are displayed in such a way as to re-create an ancient picture gallery, with prize winning academic paintings from 1761 to 1795 created by young French and Italian artists. These are followed by the famous portraits of the Bourbon family by Giuseppe Baldrighi and the celebrated works by Jan Marc Nattier, Johan Zoffany and Hubert Robert. Finally, placed within a niche is the statue of Maria Luigia as Concordia created by Antonio Canova. 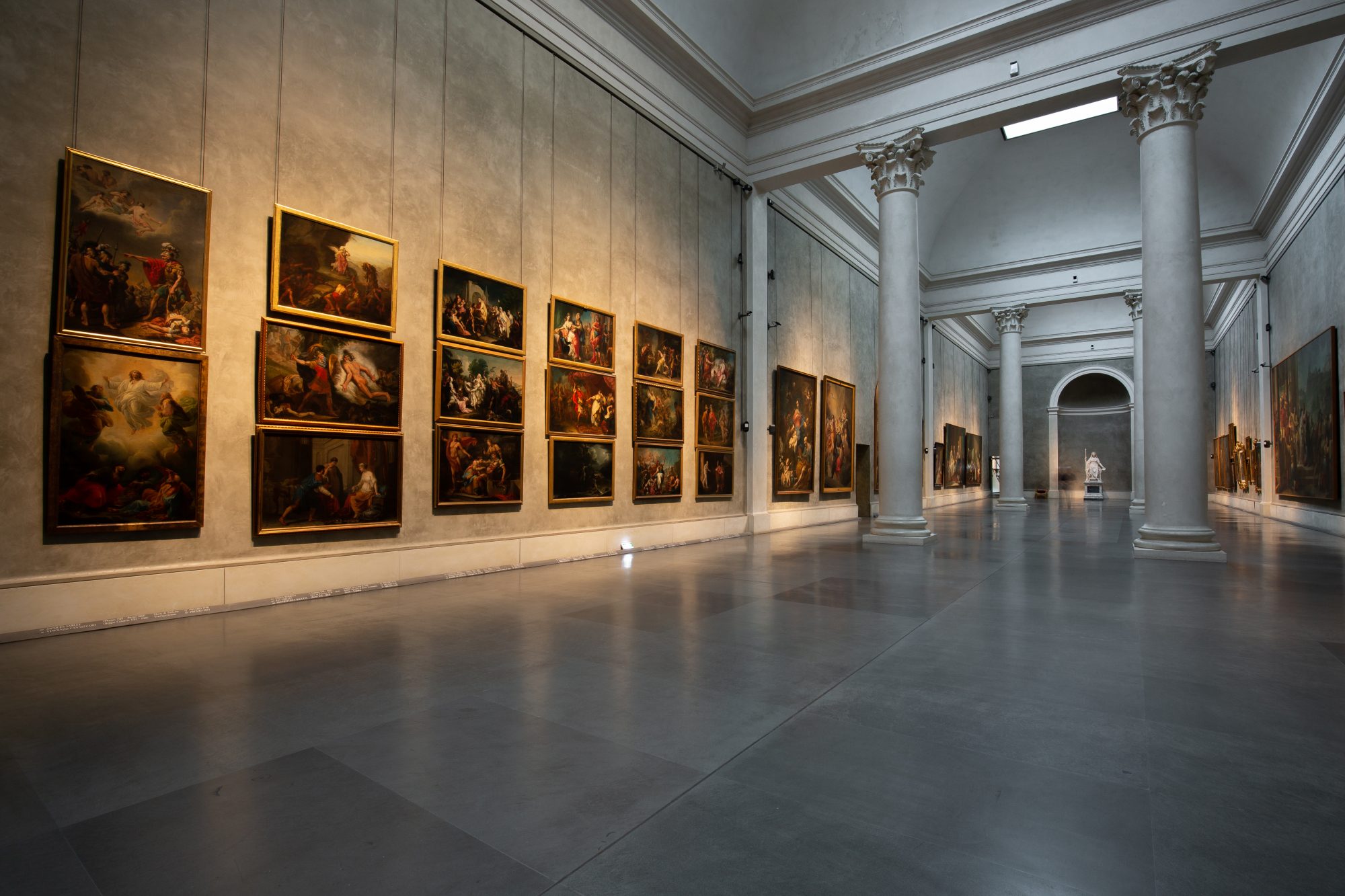 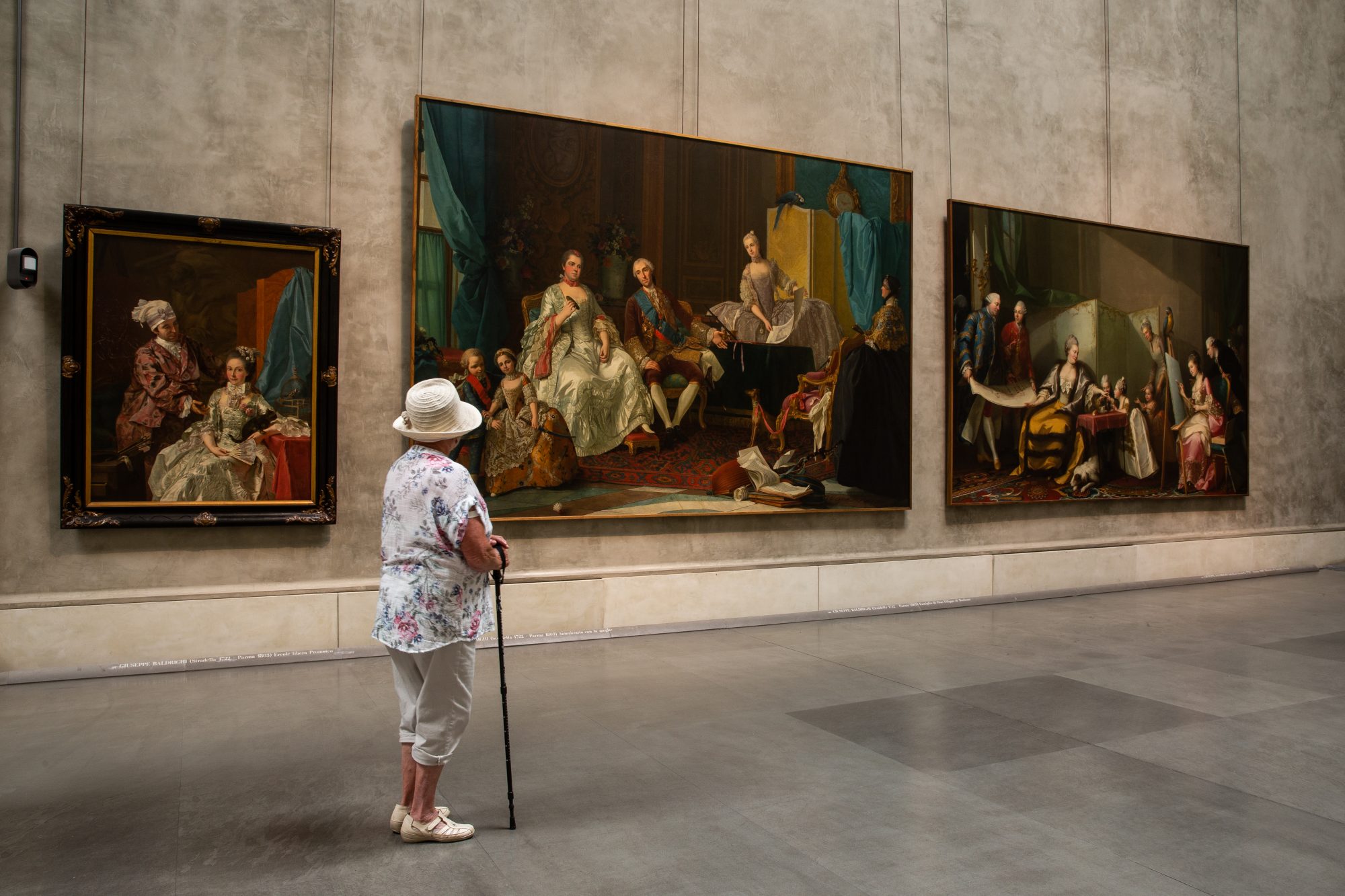 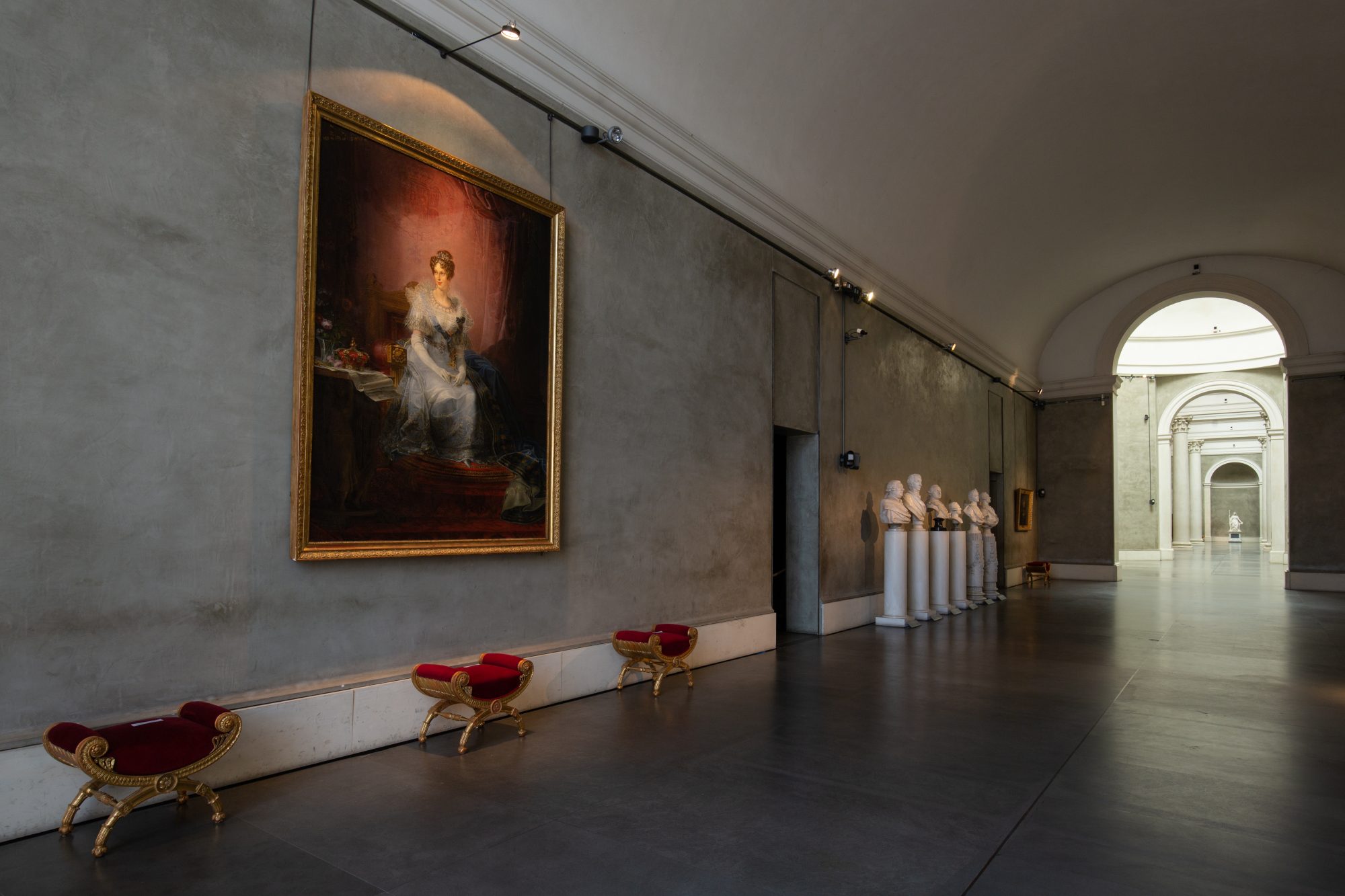