The Hall of the Triumph: decorative arts

The Hall of the Triumph: decorative arts

In 1545, the establishement of the Duchy made Parma a centre of production of art objects, true instruments of propaganda to reiterate noble concepts of major arts in the material life of the Duchy. Within this ambit as well, the Farnese looked to Rome and to Florence but also to Spain, Flanders and to the Franco-German area. In 1749 with the election as Duke of Filippo of Bourbon-Spain, son-in-law of King Louis XV of France, the Ducal residences were enriched with rococo furnishings coming from France and, in particular, Versailles. Duchess Louise Élisabeth, daughter of Louis XV, also brought artists and artisans to Parma to re-set up the ducal residences, emptied in 1734 by Charles de Bourbon who moved to Naples with all the Farnesian collections.

Half way through the XVIII century the return to classicism found new lymph in archeological discoveries, which influenced the applies arts, providing a range of shapes for artisan craft activities. In those years Parma distinguished itself for its climate of enlightenment with an artistic ambience strictly connected to merchants, allowing its manufacted creations to shine throughout Europe.

In the XIX century Carlo III Bourbon promoted the importation of furniture from many different sources in line with the new eclectic taste. However, admission to the Kingdom of Italy brought about the transfer of the most prestigious pieces into the various residential palaces of the Savoy family, including the Quirinale. (The writing desk of the President of the Italian Republic comes from the Palace of Colorno). The hierarchical vision of artistic production no longer held sway and following the notion of “material culture”, museum action today comprehends art objects, bringing to ether diverse art forms recreating the context in which the exceptional local manufactured art works of the period can be admired; in particular, attention is given to the Royal ceramic factory founded in 1753 and only recently re-discovered.

The protagonist of this room is the splendid Table Triumph by the Catalan sculptor Damià Campeny characterized by allegorical elements that represent the passage of time and the cycle of nature. Made in 1803, it is made of marmi, hard stones and gilded bronzes.
This decorative apparatus dialogues with the strict Farnesian cabinets, the golden consoles of the architect Ennemond-Alexandre Petitot and the frescoes of the masters active in Parma from the 16th to the 18th centuries. The combinations evoke the charm of court environments, characterized by the dialectical coexistence of the different arts, in harmony with the European taste. 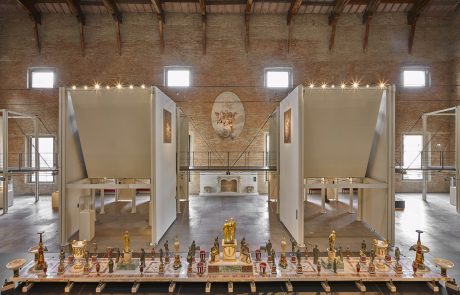 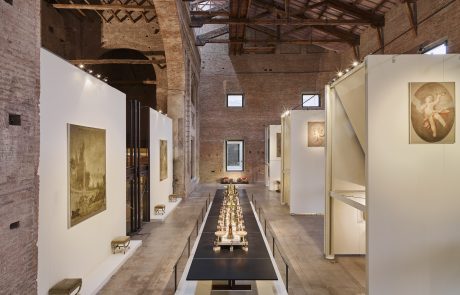 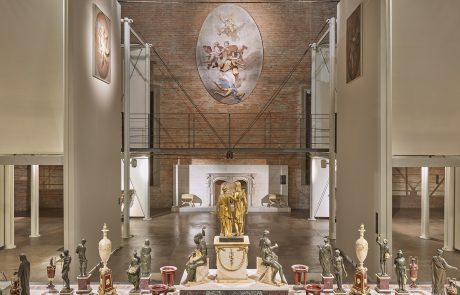