1. The birth of the Farnese duchies, consolidation of the State

On the death of Pope Paul III, the duchy was recognized to Ottavio, son of Pier Luigi and Girolama Orsini. The state became more stable; Piacenza was returned to the Farnese and Parma became the capital and residence of the court. From the marriage to Margherita of Austria, illegitimate daughter of the Emperor Charles V, Alessandro was born in 1545; as a young child he followed his mother who was appointed governor of Flanders, he lived at the court in Madrid and became the most important ‘condottiero’ of his time. In 1565 he married Maria d’Aviz, heiress to the throne of Portugal, and moved to Parma where, however, he was rarely present due to impelling military committements such as the battle of Lepanto in 1571 against the Turks, and the siege of Antwerp in 1585. On his death in 1592, the thirty year government of his heir Ranuccio I was characterized by the reorganization of the State wich was, however, thwarted by courtiers’ scheming. Subject to irascibility, he feared a plot against himself in 1612 and condemned to death the vassals who were presumed to be responsible, appropriating their goods and properties. A period of isolation followed this extraordinary event wich the Duke attempted to overcome through the marriage of his son Odoardo to a Medici heiress, the celebration for wich the Farnese Theatre was built.

2. From cultural splendor to decline

In 1628 Odoardo Farnese married Margherita de’ Medici, and transferred to Piacenza on becoming Duke. In the arts sector both Ranuccio II and his successor Francesco were great patrons of the arts, committed to a cultural operation which saw the creation of the Reggia di Colorno and, within the Pilotta, the first Gallery. While conflicts continued and the disastrous economic situation persisted, the marriage of Francesco to the widow of his brother Odoardo, Dorotea Sofia di Neuburg, was organized economically in order to avoid giving back her dowry. Elisabetta was born from this union and, thanks to her 1714 marriage to the King of Spain, Philip V, determined the future of the Duchy Francesco attempted to profit from that marriage but his political significance was by this time irrelevant. Even before his death the end of the Farnese dynasty was decreed at the Treaty of London in 1718 where Austria, England, France and Holland established that if the direct line of succession of both the Farnese and the Medici failed, then the throne of Parma and Tuscany would be assigned to the son of Elisabetta.

3. The arrival of the Bourbons

On the death of Francesco in 1727, power passed to his brother Antonio while from Spain Elisabetta Farnese upheld the claims of her son supported by her mother Dorotea Sofia. In 1731 Antonio died without heirs and Dorotea Sofia governed the Duchy long enough to pass it in 1732 to Carlo di Borbone, thus bringing the Farnese dynasty to an end.

Planned by Paolo Toschi and Nicolò Bettoli in 1821, the Halls construction involved a huge upheaval with the space dedicated to fine arts taking the place of the library and vice-versa. Previously in the long corridor a series of portraits of all the Farnese Dukes had been displayed, whereas now on display are portraits of the Boubon branch of the family which was inaugurated by Don Filippo and terminated which the arrival of Maria Luigia of Habsburg. The images of enlightenment power were entrusted to court painters influenced by the French school. The celebration of the reform climate is embodied by Maria Luigia represented as Concordia, sculpted by Antonio Canova at the time of her marriage to Napoleon. 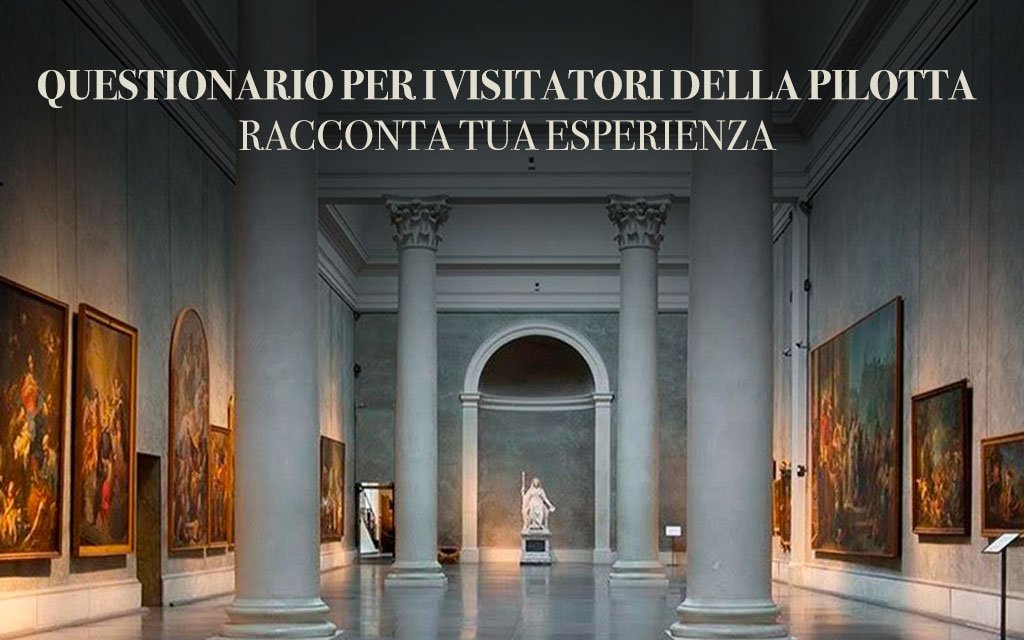