The National Archeological Museum of Parma is one of the oldest museum in Italy. Established in 1760 to house the precious findings coming from the excavations of the Roman city of Veleia, it has been enriched for more than two centuries with the acquisition of Egyptian, Etruscan and Roman materials. Above all it has been since its foundation a reference point for research the archaeological sites in the Duchy. In fact it exhibits the discoveries coming from the scientific excavations conducted during the nineteenth and twentieth centuries throughout the Parma area, revealing to visitors the history of the territory from the Paleolithic to the Early Middle Ages.

The two floors of the Museum offer a rich overview of the Italian prehistoric, pre-Roman and Roman times, as well as of ancient Egypt. At the same time they allow to trace the history of the Museum’s development and its collections.

The upper floor houses the collections not linked to the Parma area, such as the Egyptian section, the Greek and Etruscan section and the statuary from the excavations of Rome. It also exhibits the rich display of findings from the Veleia excavations, among which are the famous Tabula Alimentaria and the 12 marble statues of the members of the Giulio-Claudia family. On the lower floor, instead, the history of the territory is displayed, from the Paleolithic to the terramare of the bronze age, up to the Roman and Lombard age. 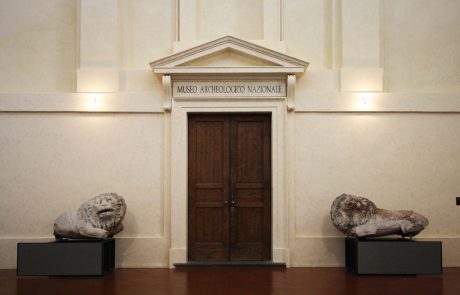 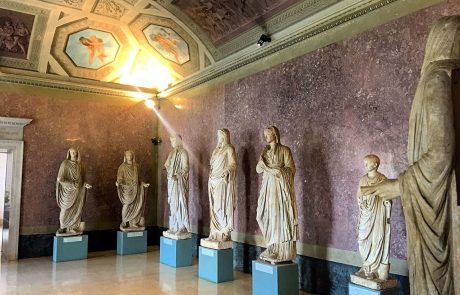 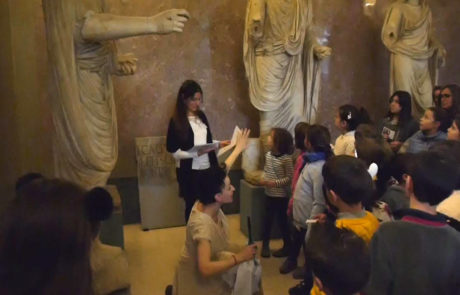 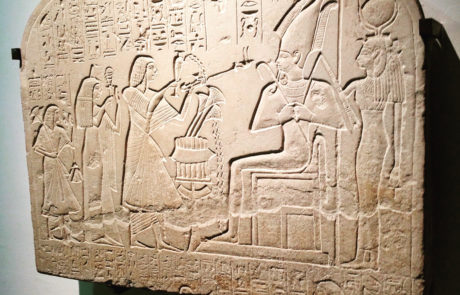 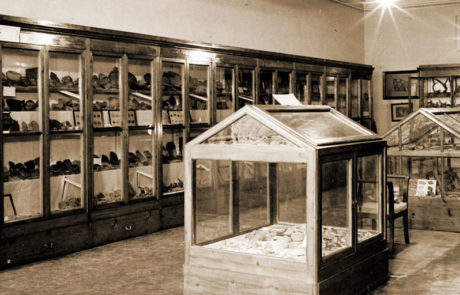 The Ducal Museum of Antiquity, today the National Archaeological Museum of Parma, was founded in 1760 by Don Filippo di Borbone in conjunction with the start of the exploration of the Roman town of Veleia , becoming the first – and for a long time the only – example in northern Italy of an institution linked to an archaeological undertaking. From the Veleia excavation came the fragments of the Tabula Alimentaria Traianea and of the Lex de Gallia Cisalpina, as well as bronze figurines, furnishings and coins.The twelve marble statues of members of the Julio-Claudian dynasty were, however, placed at the Gallery recently established at the Academy (they will be given to the Museum only in 1866).

With the acquisition, at the end of the eighteenth century, of pieces coming from the exploration of the ancient Luceria site, at Ciano d’Enza, the Museum became a reference point for the archeology of the territory of the Duchy. In the meantime it was enriched with ancient sculptures coming from Rome, belonging to the Gonzagas of Guastalla and the Farnese collection, and with a rich medal collection.

The “good duchess” Marie Louise then enriched the museum with the purchase of important and substantial numismatic collections, of Greek, Magna Graecia and Etruscan ceramics and Egyptian objects. She assigned the current space in the Palace, transferring it from the small building annexed to the Pilotta where it was originally located. Under her rule (1815-1847), the intense building activity carried out in the city was also an occasion for the rediscovery of the Roman theater, the amphitheater and large passages of the ancient urban fabric: many of the pieces found came into the Museum’s collections.

In the aftermath of the National Unification of Italy, thanks to the work of Luigi Pigorini and Pellegrino Strobel, one of the most remarkable prehistoric collections in northern Italy was established here. It was then further increased by the research of Maria Bernabò Brea on the Bronze Age.

From this section it is possible to download informative materials related to specific rooms or sections of the museum, thematic itineraries or information dedicated to younger visitors. 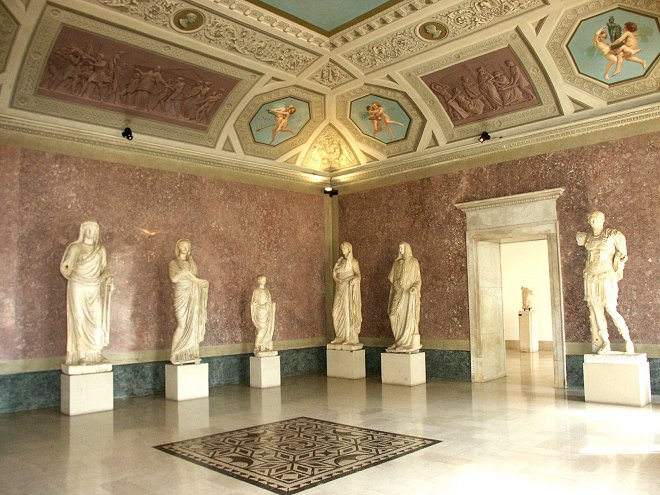 We inform that starting from November 5th 2018 the consultation of the bibliographic material preserved in the Library of the Archaeological Museum will take place at the Palatine Library.
For further information please call the following numbers: 0521-220411, 0521-220421

The Pilotta Monumental Complex provides its own spaces for hire. Open for public-private initiatives and projects in order to promote its cultural heritage by granting temporary use of them for the most varied initiatives, always guaranteeing respect for the safety of the property and its cultural purpose.

Located in a strategic position in the heart of the city, it is particularly accessible thanks to a municipal parking area in the area below.

On the occasion of the various initiatives, an exclusive tour can be organized – even beyond the ordinary opening hours – within the Complex to allow the promotion of the inestimable cultural heritage preserved within it.