The Monumental Complex of the Pilotta and Fornasetti present
FORNASETTI
Theatrum Mundi
Hundreds of creations from the studio established by Piero Fornasetti in dialogue with the collections in the Pilotta to tell the story of classicism through the lens of contemporary design
Between 3 June 2020 and 14 February 2021
Complesso Monumentale della Pilotta
Piazza della Pilotta 15, Parma 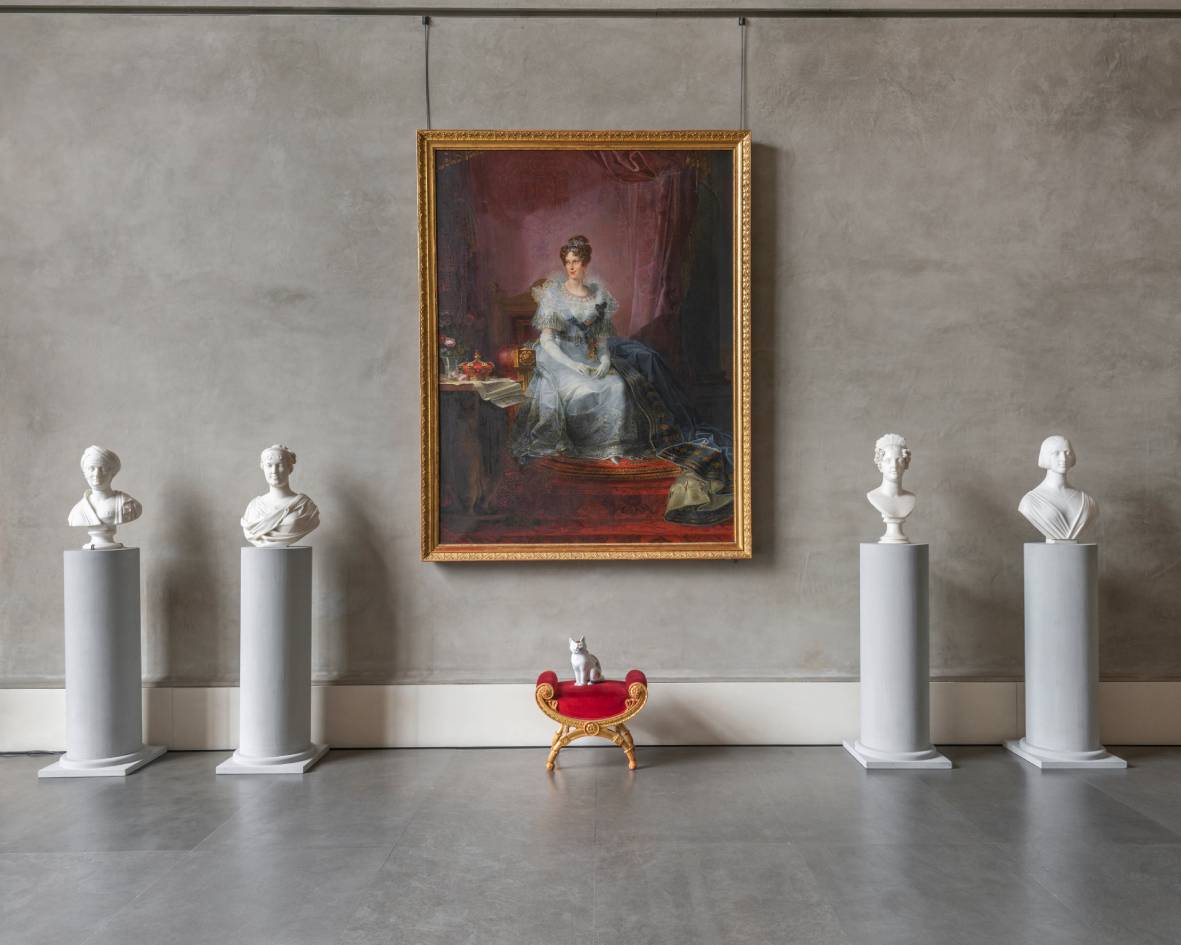 The exhibition “Fornasetti Theatrum Mundi” will be inaugurated on 3rd June 2020 and is housed within the Monumental Complex of the Pilotta in Parma. The exhibition will be open to the public until 14th February 2021 and is part of the “Revitalisation of the Contemporary” competition project set up on the occasion of Parma 2020+21 Italian Capital of Culture.

The exhibition was inaugurated to coincide with the re-opening of the Pilotta Complex after the lengthy period of closure because of the COVID-19 emergency and has generated a great deal of interest and anticipation from the press and public. 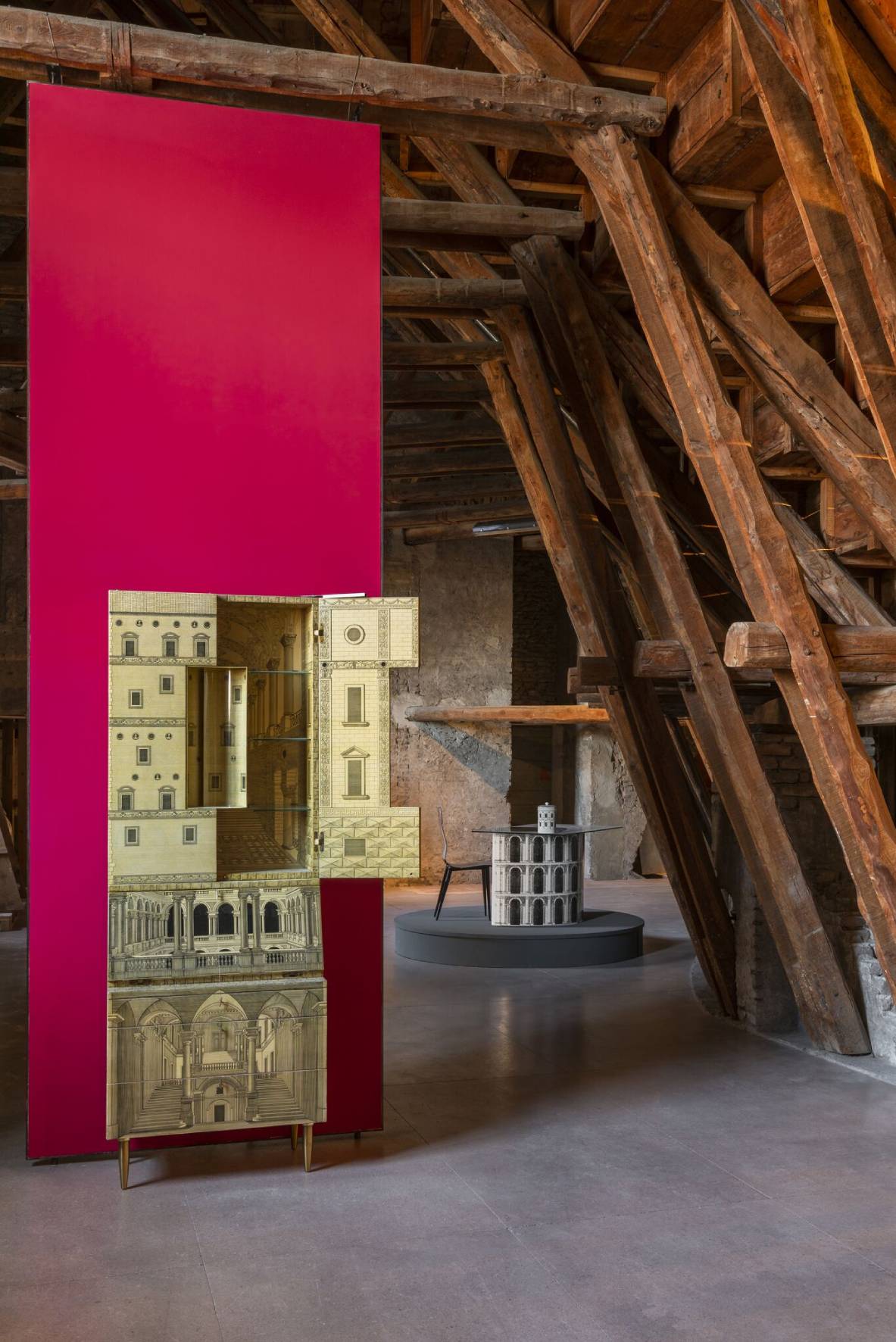 The exhibition is a truly stratified journey between classic and modern and past and present and has been curated by Barnaba Fornasetti, Artistic Director of the Studio in Milan, Valeria Manzi co-curator of cultural activities and President of the Fornasetti Cult association, and the Director of the Monumental Complex of the Pilotta Simone Verde. The aim is to regenerate the classic heritage and the classical antiquity of the autonomous Parma museum institutions through the intellectual regeneration which rendered Fornasetti one of the undisputed masters of contemporary design.

“Fornasetti Theatrum Mundi” places the architecture and treasures of the Pilotta in a dialogue with the imaginary world of Pietro and Barnaba Fornasetti, creating a true ‘world theatre’: a network of iconographic references and cultural suggestions which reveal the intellectual statute of the objects and images on display, revealing their substance and the gift of their universal and moving implications. A true “Theatrum” in the XVI century meaning, therefore, which explains in the infinite variety of the world the unitary encyclopedia of knowledge which classicism aspired to both in the Renaissance and in the XVIII century as well as – thanks to the playful key to understanding of Fornasetti – the contemporary age. 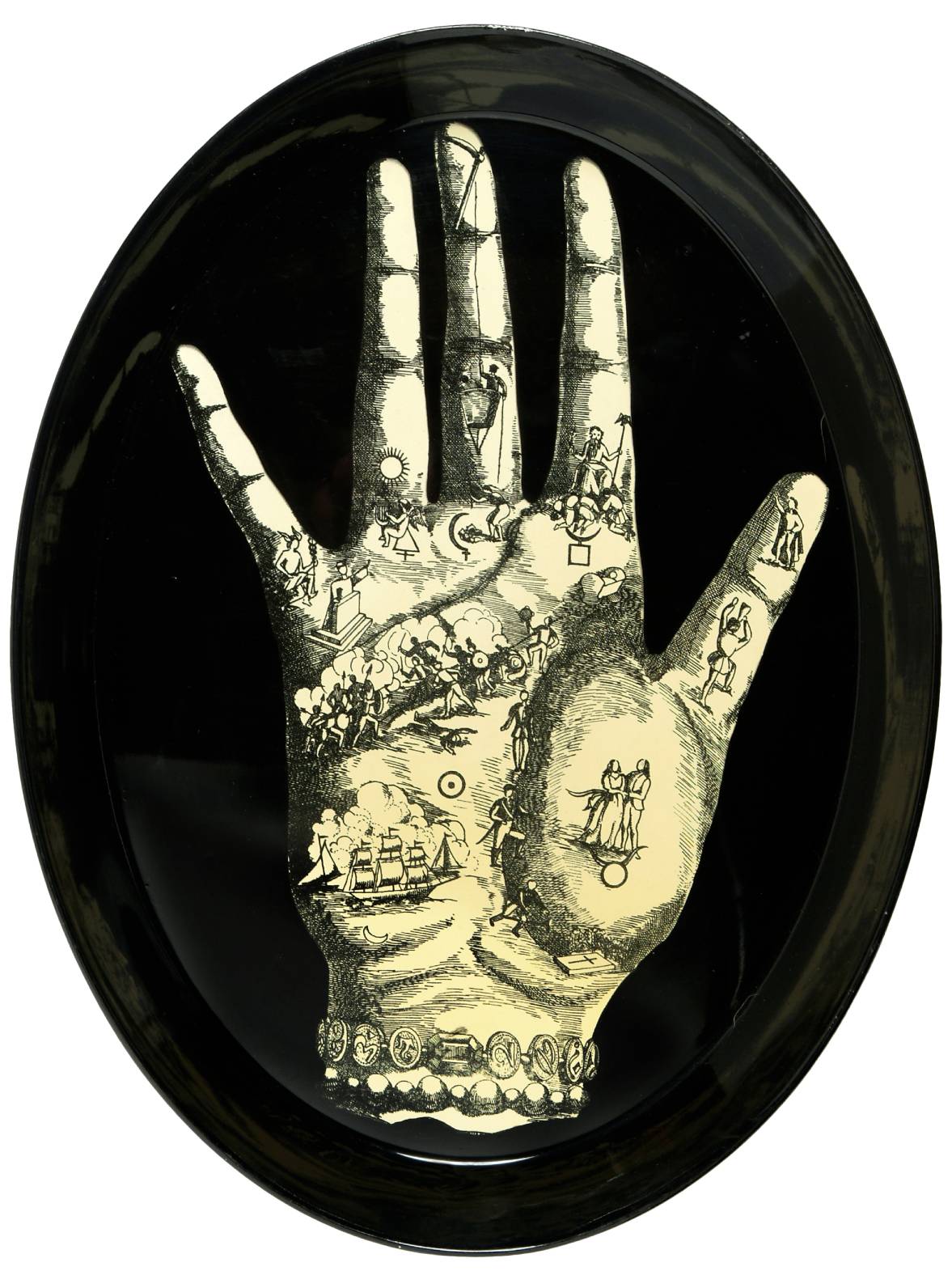 The exhibition pathway is organized in nuclei linked to the principal themes of the Fornasetti output: ruins and the past as a fragment, architecture, music, the theme and variations, drawing, graphic works, collecting, objects from daily life and the illusionistic and dreamlike dimension.

The exhibition starts with the 21 glass cases in the Petitot Gallery of the Palatine Library. Having admired the Galleria dell’Incoronata, enter the heart of the Farnese Theatre, masterpiece of XVII century architecture constructed in the complex on the model of classical theatre, that same architectural structure which gave birth to the idea of the Theatrum Mundi as formulated by the neo-platonic rector Giulio Camillo (1480-1544). Camillo’s utopia placed within the Vitruvian theatre figures and symbols organized according to a precise order, with the idea that they would function as a kind of artificial mind, allowing the imagination the faculty to understand, reconstruct and interpret the world. An idea which is very close to the creativity of Fornasetti. 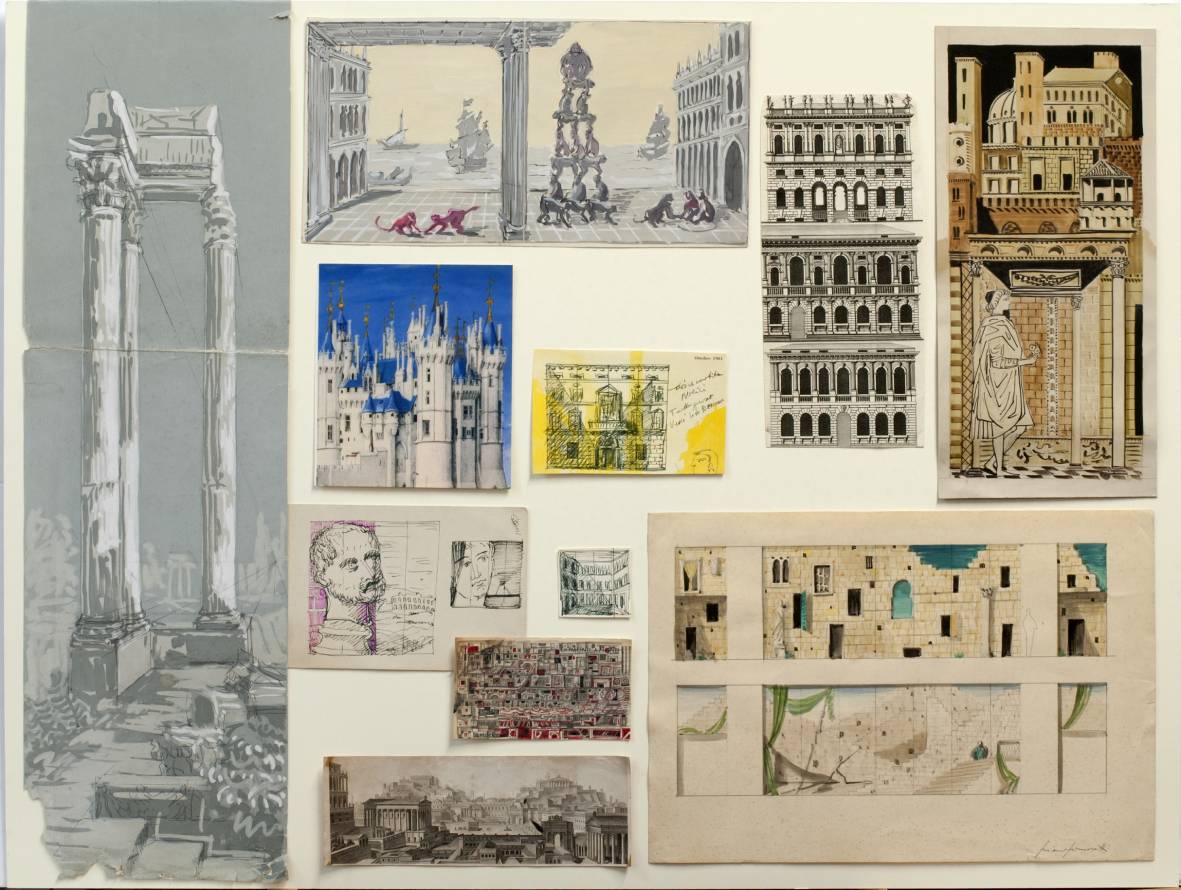 The objects on show establish a profound dialogue with the sections of the Pilotta collections, underlining the cultural dimension of thought, of dreams and of the imagination.

Following the main thread of these elective affinities, the exhibition disseminates throughout the Pilotta collection hundreds of works from the Studio, accompanied by brief explanatory texts and citations from other authors which offer ideas and keys to understanding.
“Fornasetti Theatrum Mundi” thus reveals the depth and universality of the contemporary regeneration of the forms of classicism in a pointed and witty counterpoint between the inventions of Fornasetti and the collections and spaces of one of the most important museums in Italy and Europe. 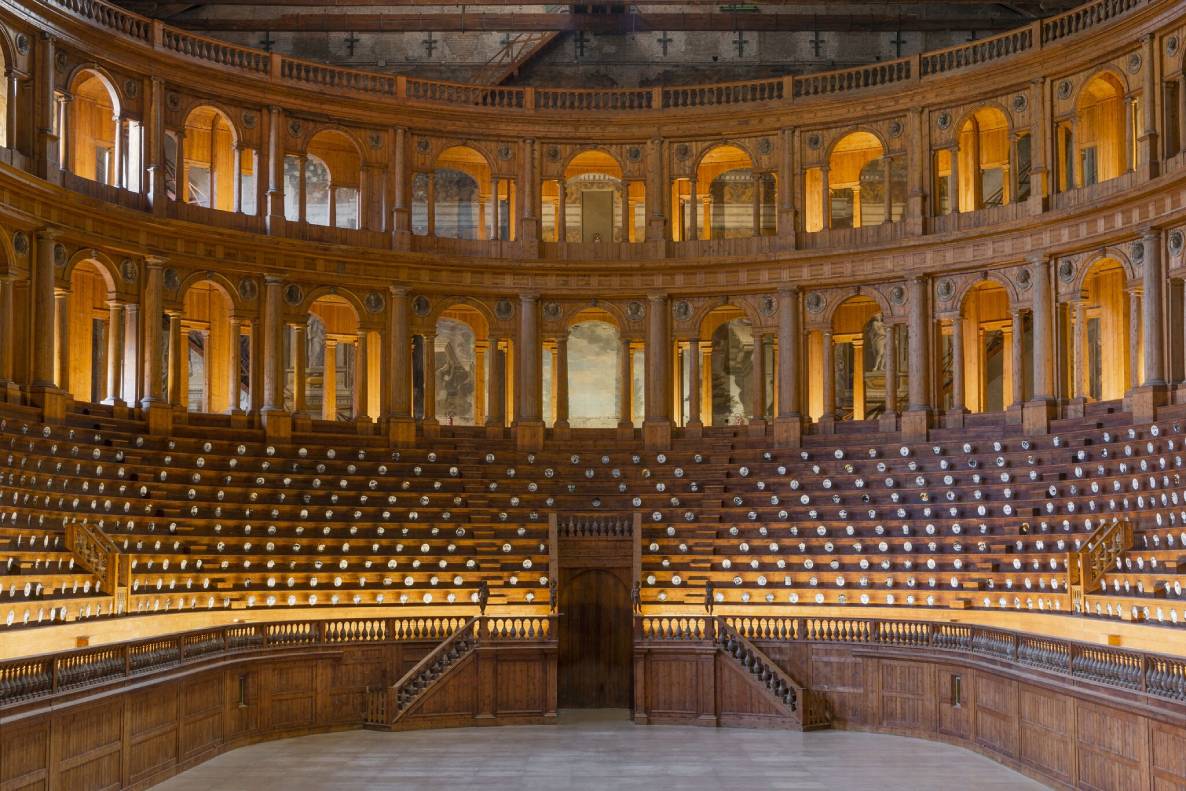 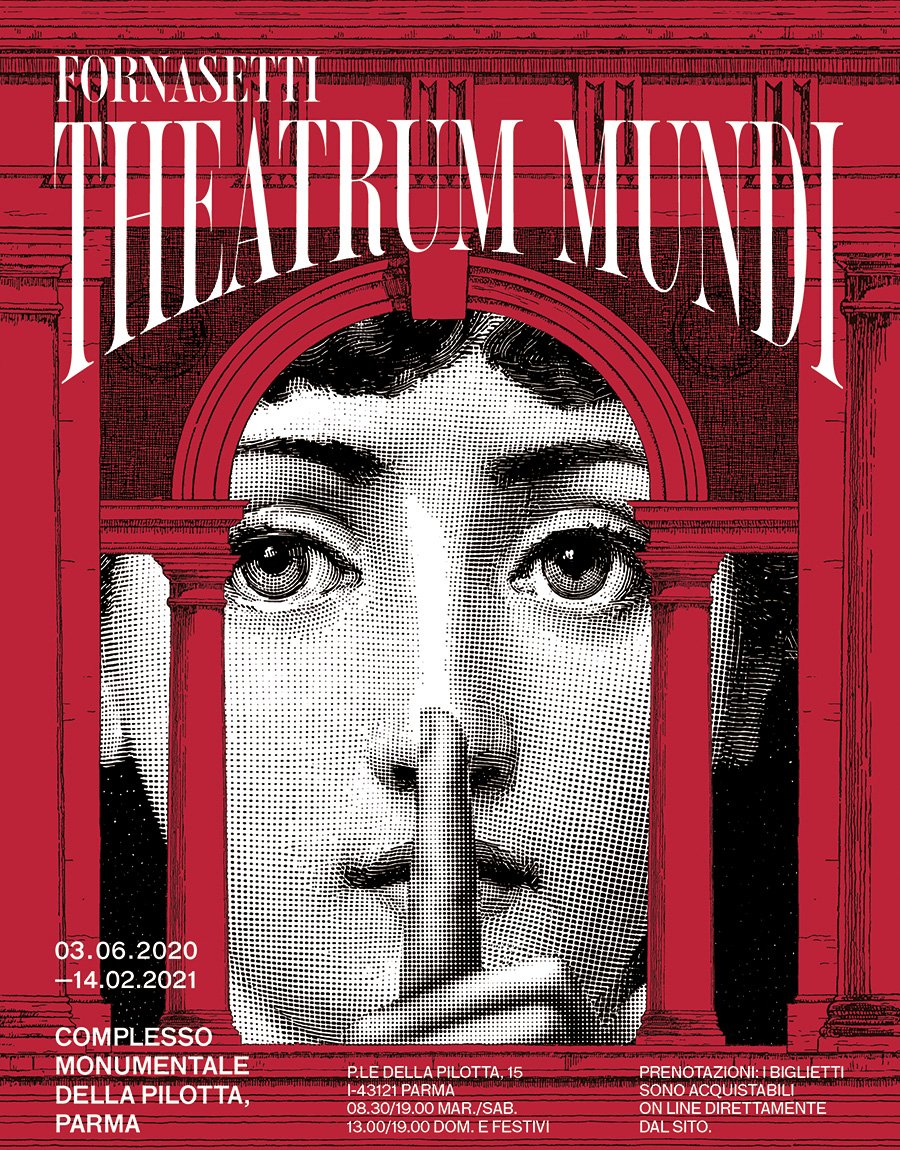